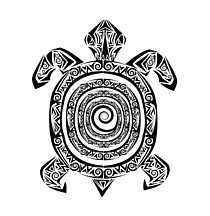 Om migHey, thanks for stopping by. I write in a variety of genres, but I guess that what all ties them together is family, love, and the fight for survival. Be that in the form of Horror/Comedy where the zombies are after the brains of you and your baby, or in Fantasy/SciFi as in The Commorancy series where people try to cling to hope, and the chance of a new beginning, amid an almost empty world.

The latest release is INK, a Dystopian Thriller trilogy where the pace is unrelenting and we see a man pushed further than he thought possible. In the end it's all about survival and finding a way to cope with the madness.

Forthcoming projects include Hexad, a time travel novel that is seriously testing my ability to stop my brain going mushy and oozing out of my ears.

Oh yeah, who am I? Degrees, jobs, living in other countries, fighting squirrels, cuddling monkeys, amused by penguins, all the usual stuff.

To be informed of sales and dates of new releases sign up for The Newsletter at Alkline.co.uk