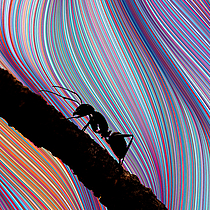 Om migI was born in Harrogate (then in the West Riding of Yorkshire, now North Yorkshire), UK, on 21 January 1961. This makes me a Yorkshireman – and therefore English and British – an Aquarian, and a Metal Rat. Harrogate is not a typical Yorkshire town; and I’m even less a typical Yorkshireman. For a start, although my father’s family lived in Harrogate for many generations, my mother was born (in Harrogate) to a Belgian (Flemish) mother and a Dutch (Friesian) father. I guess that might throw doubt on how English and British I am… I lived in Harrogate, excepting the time I was at university, until August 1998, when I moved to Lincoln.

I went to Bilton Grange CP School and to Harrogate High School (later Harrogate Granby High School), before going on to the University of Durham to study physics (1979-1982) and to do postgraduate research in theoretical particle physics (1982-1986): my Ph.D. thesis was “Signatures of new particles at high-energy colliders” – but I didn’t actually discover any!

In 1986 the commercial world beckoned, and in July I joined General Accident Life Assurance (GA Life) in York as a computer programmer. After about 15 months working in maintaining and developing financial applications for the mainframe, I moved to IT Standards & Training. About that time I met my future wife, who I married in York one year later (to the day!). In February 1991 our twin sons were born. And the following month, I joined the IT Security team, later Information Security Management, where I stayed until I left GA Life in July 1998 (shortly before it became CGU Life).

In June 1992 I appeared in the third season of Channel 4’s The Crystal Maze, hosted by Richard O’Brien. This had been filmed in November 1991, in an aircarft hanger near Epping, and it was very cold.

From July 1998 to August 2000 I worked for Software Europe as a Technical Consultant in the Security Solutions Team. In August 2000 I started work for Gartner, the leading information technology research and advisory firm.

I’ve been reading science fiction since I was at secondary school... the first books I owned were Nine Tomorrows (co) by Isaac Asimov, A Fall of Moondust (n) by Arthur C. Clarke, and Red Planet (n) by Robert E. Heinlein. And I just kept buying them. And fantasy. And graphic novels. And some noir crime fiction. I now have hundreds - I'd have more if I hadn't filleted my collection when I moved down to Lincoln... and most of the ones I have are still in boxes in the loft.

Then there's all the RPG stuff, my books on heraldry and mediaeval history, and dinosaurs, and typography, and on computing, … and smaller numbers of books on an eclectic variety of topics.

But, Ant, what do those arcane Tags and abbreviations in Comments mean?

The xxY tags stand for binding and size.

Note that dimensions are page sizes. Hence, hc are slightly bigger as the covers are proud.