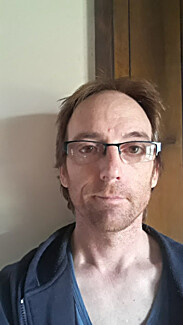 Om migI was born in 1981, have Autism traits and am still largely who I was at High School at the end of 1998. I still keep to myself most of the time, enjoy reading and can sit for hours at a stretch watching DVDs. In the way of changes though, I actually go out of my own free will to spend time with people now and am willing to travel (sometimes) with little motivation.

I comment privately only because it seems the 'better' choice, especially as it's not possible (that I've found) to change comments on your profile from public to private or vice versa. Write what you want, how you want (within TOS) on my page.

Om mitt bibliotekThe listing here is (as best as I can tell) a complete, accurate (corrections would be welcome if you see a problem) and up to date listing of all my books as one of the first things I do upon getting a new book is add it here. Far too many are books that I haven't yet read and while I started to make some headway with them it is unlikely to ever really end. I've had some for half my life, and I barely read books anymore.
The "Read but unowned" collection was initially added from old .txt file data and at the time it was added increased the books I had listed by about 30%. The edition specifics are far less accurate with them.
Late 2021 I started adding in my DVDs to the record, as the separate program (DVD Profiler) I had used for years seemed to have an issue with my newer laptop. I'm unsure if I'll use this site to record watching those DVDs, it'll mess with the book stats.

At the moment my actual library (books I own) is about 40% Star Trek novels, most of the rest is other Science-Fiction or Fantasy with a small amount being Christian in background. The number of Children's books is surprising when considering the improbability of me being a father at any point.
And it's unfortunately half boxed due to me not having the bookcases, or space in my room, for the books to be on display the way I would prefer.

Any combining/uncombining I do involving languages other than English will typically be done with the aid of Wikipedia (or possibly other sites), if I err I apologise.

After spending a couple of days doing very little besides working on the newly implemented series feature when it was first released I tapered off significantly. My all time contribution count was quite high though, largely because I'd spend time at the newly created series page and fix errors in formatting or add more from the series that appear there. With the second version of Series info that possibility vanished and I ceased having it as a timesink.