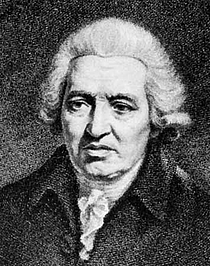 Om migCharles Macklin (1699?-1797) was an Irish actor and playwright who performed upon English and Irish stages throughout much of the eighteenth century. He was one of the most celebrated performers of the period - renowned most of all for his portrayal of Shylock. In the 1740s he began writing plays and had great success with Love à la Mode (1759) and The Man of the World (1781). Macklin took a scholarly approach to his craft and collected a vast library of books which were auctioned off after his death.

Om mitt bibliotekThis catalogue of Macklin's library is based on the printed auction catalogue which was produced when the library was sold in London in 1797. The copy of the catalogue held in the New York Public Library has been used. It is the work of Rebecca Vollan and Paul Goring, both of the Norwegian University of Science and Technology in Trondheim.

We have organized the library in the following manner. The auction catalogue organized Charles Macklin's library in lot numbers from 1-1117. Most of the lots contain the title, author and date of publication, but some of them lack date of publication or the author. We have tried to attribute as many works as possible with its missing author. Many entries are marked as "... Additional Works". These entries are books in a lot that the auctioner decided not to name. Perhaps because they were not as valuable or quite damaged.

We have also attempted to categorize the books in Charles Macklin's library by tagging it with its main category.

Some of the entries have, furthermore, been assigned a subcategory in the comments section, which we have also used to note each works physical description or any additional information mentioned in the auction catalogue.