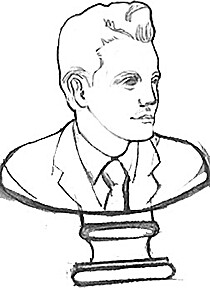 Om migIn 1995 I worked in the Green Hills Library in Nashville, Tn. Some days, after my lunch break, I would go behind the building and smoke marijuana with one of the female librarians. Then I would spend the rest of my shift reshelving books amongst the sweet musty halls of age and wisdom, blinking against the glare from car roofs and avoding another shelver named Long Vu. The female librarian was a hippie and grew her own pot.

Now I travel a lot and never stop reading. And hardly ever take drugs. I would appreciate any recommendations based on a decent peek at my catalogue. Or stupid flights of fancy, if you prefer.

Om mitt bibliotekI have read the vast majority of these books with the exception of the reference stuff. A few more that belong to my wife are too confusing. Others were bought with an over-eager credit card at Borders once; I continue to punish them for my lack of frugality by refusing to touch them.