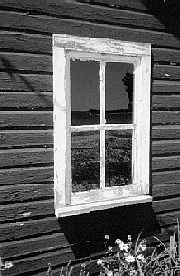 Om migI'm a 40-year-old nerd with a BA in Philosophy and Film Studies. It took me 8 years to complete my degree because I wanted to study everything (except Communications, which is a bullshit discipline). My library speaks for my interests, though books on wine are underrepresented since the subject is better experienced than read about. ;^)

My bizarre work history includes being a roller coaster operator, a machine shop janitor, a Philosophy tutor and a telemarketing surveyor (which lasted three days). For 16 years, I worked in hospital pharmacy as a technician ending in an administrative role, primarily geared towards pharmacy automation and staff education. My trainees pondered their existence while I correct their cleaning techniques. ;^) I then moved into a position designing curricula and training environments for implementation of an electronic healthcare record. I'm currently an IT analyst for a large healthcare organization, which makes me ponder the balance between happiness and income.

I live child-and-pet-free with my partner of 20+ years and now husband (Xenogeny) near Milwaukee, Wisconsin.

The books in the room, which also constitute a library, are primarily devoted to my study of philosophy, history and the natural sciences. There is some representation by the visual arts (pun intended) and social sciences. There is an increasing amount of fiction as I've fallen victims to the evil wiles of serial writers.