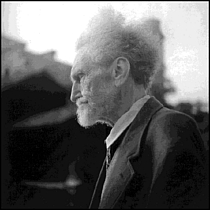 "A man of genius has a right to any mode of expression."

"Genius... is the capacity to see ten things where the ordinary man sees one."

"I guess the definition of a lunatic is a man surrounded by them."

"The art of letters will come to an end before A.D. 2000. I shall survive as a curiosity."

Yale University holds 356 titles from Pound's collection of journals, magazines, and newspapers; these have not been included in his LT catalog. Records for them are available here.

"Properly, we should read for power. Man reading should be man intensely alive. The book should be a ball of light in one's hand."

"Literature is news that stays news."