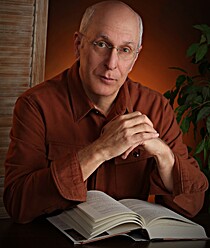 Om migI am a retired civil trial attorney turned author - but I promise not to follow in the shoes of Scott Turow or John Grisham, as I'm done with trials. A call myself the Accidental Author, because I began writing fiction to see if I could write a complete book, not because I meant to publish anything. But friends and critique group members urged me to publish my manuscript, so I did . . . and I became an award-winning author three months later. Life sure can take some strange twists.

Om mitt bibliotekI have an extensive library of fiction and non-fiction, as I've been a voracious reader ever since my first grade teacher put me in a group of non-readers, much to my annoyance, on the first day of school. By Christmas of that term I had moved up to the advanced readers group and I've never since stopped reading.

I'll be adding my library to this website slowly over time, so come back regularly to check it out. The oldest book in the collection is an English History textbook published in 1918, For some reason my mother kept it when she was in high school during the World War II years. One day I picked that book up to read. I was around eleven years old at the time. No book has ever had more influence on me than that one. Through it I became an English history buff, attuned to current events, a Viet Nam War protester, civil rights supporter and eventually a trial lawyer.