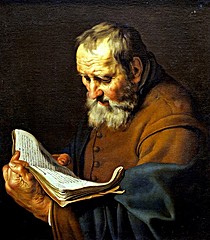 Om migOffice worker for a living

My dad was a history teacher and from him I inherited my interest in history.
My subject is military history 1935-1975 with focus on combat aviation and a soft spot for naval aviation.

Married, two kids. Have the pleasure that the apples did not fall far from the tree: My son is working on a MA in history and political science. My daughter about to begin a bachelor/MA in Danish and English

Om mitt bibliotekI like to read, I like to read a lot about Military aviation and aviators. The books I like to read are primarily about the period from 1935 to 1975. Mainly about World War II and the Vietnam War. Many of them about, in my opinion, the most exciting kind of aviation: Naval aviation.

Furthermore, I like to read about test pilots who flew the prototypes in a time when computer simulations did not exist. When 'trial & error' was the method to determine good or bad designs, and pilots sometimes paid with their lives for design flaws. But also stories from, and about, fighter pilots, bomber pilots, attack pilots, helicopter pilots, army pilots, navy pilots, gunners, crew chiefs, navigators, WSOs, GIBs, RIOs, backseaters, 'bears', transport pilots, FACs, - yes, it's a long list.

Also interesting are the stories of the development of aircraft in a time when the slide rule was the 'computer'. And where individuals could design and develop aircraft almost single handed.

And it is of great interest to read about the political 'climate', which existed during a given period. What led to that things was as they were. As well as how much influence the politicians could have on the 'daily operations' during a conflict. The development of doctrines, and sometimes the lack of it, is also a subject that is interesting to study. And I think it is interesting to read about how army, navy and air forces work together. Or, maybe do not work together.

In short: Stories about combat airplanes and pilots. In war as well as in peace.

If I was the owner of all the books I have read, I would be a happy man! (And my wife would be spending time thinking about where to place them, out of sight) But, not so; The books are all borrowed from Danish libraries. And I am very thankful that I have access to all the books they possess.