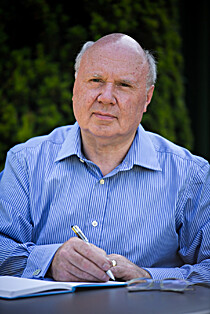 Om migBefore semi-retiring and turning to write novels, Lee had a varied career. He spent more than 20 years working in the music industry. Everything from playing in bands as a teenager to running an indie record label and record shop during the punk rock era to starting a music collector's magazine and building it from zero to a circulation of 14,000 copies a month.

He's met virtually every top 'pop star' and achieved one of his lifetime ambitions when he became manager of The Troggs, one of his all-time favourite bands from his teens.

He wrote a best-selling book on the Sex Pistols in 1988, which was published by Omnibus Press and thanks to their well-oiled publicity machine sold a respectable 60,000 copies. It was also published in Japan - in Japanese!

He has lived in Cambridge for most of his life and looks on writing as a new adventure. He still finds time to play the guitar (Fender Stratocaster) and is currently learning to play the drums with his wife. They found a drum teacher who has a studio with two kits and they are learning to play together side by side.

Lee suffers from ADD, (Attention Deficit Disorder) but has still managed to overcome it and complete his novel. He believes if he can do it, anyone can.