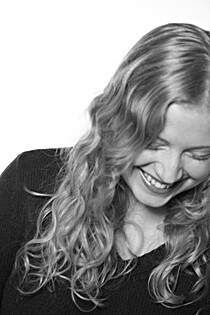 Om migIn no particular order: actor, writer, dramaturg, teacher, researcher, knitter. I have a Bachelor's Degree in English Literature from Montana State and a Master's Degree in Humanities from the University of Chicago. I have performed Shakespeare outside all over Montana. In school, I specialized in Anglo-Saxon, Medieval, and Renaissance Literature, especially drama and women writers, but I've ended up doing lots of dramaturgy for contemporary plays (which is a great excuse to be a dilettante and to buy more books). I generally have several books going at once. I am a tea-drinking Anglophile. I still believe in the ideal of a broad humanist education which for me roughly translates as being curious and never failing to continue one's formal or informal education.

Note: My husband's collection is catalogued separately. So if you are looking for books on Lawrence of Arabia, U-boats, Napoleonic wars, or pirates you'll have to find his collection.

Om mitt bibliotekI have a lot of those former English Major books as well a good selection of children's literature (I learned to love to read as a child I see no reason to abandon children's books now), knitting books, plays, field guides, cookery books, some books on science (I really like physics) and French, and lots of old, pretty books picked up second hand as well as whatever I am reading at the moment. Lately, I search out books Nobel Prize winners in Literature from other countries, Iceland, Turkey, Sweden, Egypt, etc. I have also developed an interest in books published by Virago Modern Classics and the New York Review Books and works about the period between the two World Wars. It is a motley collection.