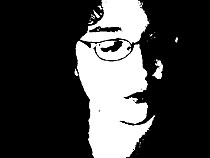 Om migI'm a librarian in Washington, D.C. and it's not nearly as exciting as it sounds. ^_^

Anyway, books are one of life's true joys.

Some favorite quotes from books:

"If she wasn't god, she was everything god should be" --Sati by Christopher Pike

"Drugs don't just destroy who you are; they destroy all the people you might have been." The Good, The Bad, and the Uncanny by Simon R. Green

Om mitt bibliotekThese are only books I've read, not neccesarily books I own. Things will be added all the time, since I've usually got 2 or 3 books going at any given moment. Some I read for work or school, but most are for pleasure.

One star means I hated it.
Two I disliked it.
Three it's alright, nothing to write home about.
Four I liked it and would read it or something like it again.
Five I loved it and you need to read it RIGHT NOW while I read it again.