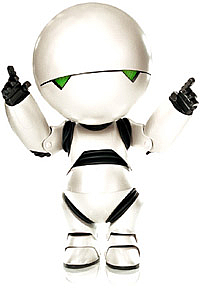 Om mig"The possession of a book becomes a substitute for reading it." Anthony Burgess in the New York Times Book Review; 4 December, 1966.

“Book collecting is an obsession, an occupation, a disease, an addiction, a fascination, an absurdity, a fate. It is not a hobby. Those who do it must do it. Those who do not do it, think of it as a cousin of stamp collecting, a sister of the trophy cabinet, bastard of a sound bank account and a weak mind.” Jeanette Winterson

I have a compulsive book buying habit, I have more unread books than I could reasonably finish given 4-5 years of not buying any new books, and to top it all off I have an OCD about the condition of my books such that I cannot damage my books in any way without near crying.

Om mitt bibliotekAt some point this will contain a list of all the books that I own. As I own a fair few, and they are all in a large number of boxes and bookcases scattered over a few locations, this could take a while.

Currently reading:
Thicker Than Water by Mike Carey
- okay, so I shun all other urban fantasies involving magic and/or the undead but make an exception for Carey, possibly because these are set in London or maybe because they are very readable. More on this later.