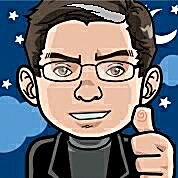 I'm mostly a fan of science fiction and fantasy, with a preference for the former. I consider both to share the heading "speculative fiction" so that's why both sci-fi and fantasy books carry the "SF" tag in my library.

The tag "dad's books" is assigned to the books I inherited from my father after he died in June 2000. William Morris and H. Rider Haggard are the two writers that I associate with him most closely in my mind. He also had an interest in history and anthropology, as evidenced by certain titles in his collection. And I have him to thank for my "Britannica Great Books of the Western World" set. Thanks, dad.

Some entries are tagged "stripped cover". Most of these are from a midnight raid on a Crown Books dumpster, during a sleepover at a friend's house in 6th or 7th grade (the rest are simply because the cover wore out, fell off, and was lost before I could tape it back on.)

I've also included a few ebooks in PDF format; most of these came down the feeds of the short fiction podcasts Escape Pod and Variant Frequencies, usually as a promotion when the release of the print version was imminent.