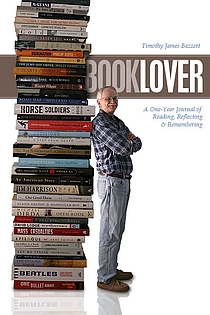 Om migI was a college English teacher for 5 years. That was long enough. Spent 8 years in the army and then 21 more years with the Dept of Defense. I've lived in MI, MO, MA, MD, CA, TX, Turkey and Germany. My wife and I have been married nearly 42 years. We have 3 kids and 5 grandkids. I retired in 2001 and returned to my home state of MI. For the past five years or so I have been writing my memoirs and other stuff. Four books published so far and I'm currently working on another volume of memoirs. My best selling book thus far is SOLDIER BOY: AT PLAY IN THE ASA, Since its initial publication in 2005 it has been read in all fifty states and several foreign countries and continues to sell steadily. My motto? "So many books, so little time." The profile photo is an early cover idea for my next book, due out in September 2010. Watch for BOOKLOVER on Amazon and at my website, RatholeBooks.com .

Om mitt bibliotekI've probably got several hundred books "on hand" but have read thousands. I read mostly general fiction for first fifty years of my reading life, but am now reading a lot of memoirs too. If you want to see what I've been reading, see my profile on Amazon, where I've reviewed nearly 150 books to date (4/25/2009), and I'm gonna move a few of those reviews over here to librarything now that I'm a member. You'll note that most of my reviews will be either 4 or 5 stars, because if I don't like a book at least that much, I don't finish it. Life is too short. I am also going to shamelessly add my own books - the ones I've written - to my library here, in hopes it will generate some interest. Check out my website (RatholeBooks.com) for comments from other writers, etc. I will keep adding to my list here on librarything a few at a time, and will try to upload some reviews too. I enjoy hearing from other readers - and writers - and hope to make a few friends here.