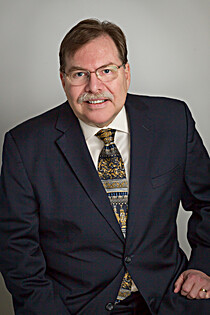 Om migGeorge G. Morgan has been working on his own family genealogy since he was ten years old in North Carolina, and he has traced his family lines across the southeastern United States and to the U.K., Scotland, and Ireland. He is the president of Aha! Seminars, Inc., a Florida-based company working with library cooperatives and consortia providing continuing education to hundreds of library employees each year. He is a frequent speaker at genealogical conferences at the local, state, national, and international levels. George’s speaking engagements take him all over Florida and the U.S., and to Canada and the U.K. He is an expert in Southern U.S. and English genealogical research and has led research tours to London, England.

His extremely popular and award-winning weekly genealogy column, "Along Those Lines …", appeared each Friday at Ancestry.com for over 8 years and now appears as a weekly blog at his company’s Web site at http://ahaseminars.com. He now contributes as an author to Ancestry.com’s Ancestry Weekly Journal and their 24/7 Family History Circle. He is the prolific author of literally hundreds of articles for magazines, journals, newsletters, and online articles in many genealogical publications in the U.S., Canada, the U.K, Singapore, and elsewhere.

He is the author of twelve books, including four editions of "How to Do Everything with Your Genealogy", published by McGraw-Hill/Osborne, which has become one of the fastest-selling genealogy books in the past 20 years.

He is the co-host with Drew Smith of “The Genealogy Guys Podcast” each week at http://genealogyguys.com, and his company also produces the "Genealogy Connection" podcast.

He lives in Odessa, Florida, a suburb of Tampa.

Om mitt bibliotekI have a very large library of books, and have only cataloged the genealogy books to date. My husband also has a huge collection of books, including many genealogy books. We share our IDs and passwords with one another to prevent duplications.