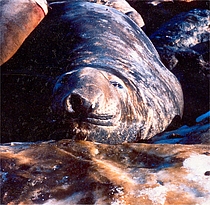 Om migA fairly typical older style geek with nowt but the most rudimentary social skills, relying on my wife for all such interactions.

When I say older, it's all relative, I just mean that my first ANOVAR was on a hand cranked calculator and my first program was entered into a DEC VAX via a teletype, having first booted it by setting the toggle switches...

Om mitt bibliotekMy brother, who was a lot older than me, was into SF Magazines which he left lying around. Naturally, once I could read, I got smitten.

Then there was a colleague into Cadfael which lead to historical fiction and my wife who just liked crime fiction in general.

Finally there was the Ipod and a two hour commute in a car where I got a taste for audiobooks. A few years on and now reading a book is difficult, time, excluding conversation, finally the overriding urge to close your eyes while in a relaxed state. Smartphone apps to the rescue. On those sleepless nights, get someone to read a really good book to you - with the added bonus that if you do drop off, it stops automatically after a preset interval. Just rewind when you wake up. Perfect.

My rating is based pretty much on my emotional response, hopefully that reflects 'good' or 'bad' writing, though more likely it's just that a good yarn engages me and the rest don't. Obviously this only applies to fiction:
0* Those I started but didn't even get to registering - afraid they leave no trace;
1* I got at far as recording it then gave up within the first chapter or two;
2* Persisted hoping they'd get better, but they didn't so ditched them without finishing;
3* Persisted to the end. Engaging enough but nothing outstanding;
3.5 * A pretty good yarn;
4* A very good yarn;
4.5* Super, only just short of total emotional engagement;
5* Superb. Kept me totally absorbed. Maybe up all night - or made me cry.