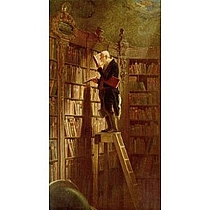 Om migI have been working at the Eufaula Memorial Library in Eufaula, Oklahoma since May of 1995. I have been married since 1969. Our oldest, a daughter, works in accounts receivable at a medical billing company. We have a son who is married and they have our only grandchild and she was born in 1995. She plays soccer and I love to go watch her play. I finished my Associate Degree in Library Science in an online computer class March 2010. Yeah!!! As of January 26, 2011 I am now a Library Assistant I with a pay raise. Wahoooo!!

February 27 is my last day at the library. I am retiring. Wahooo!!!!! Building a home this year. Going to Sturgis, SD in August. No other plans right now.

Om mitt bibliotekI really don't know how to describe it. I like trying first books, new authors. I have a lot of young adult books that I found to be really good. I try to read different stuff so I can give suggestions at the library, so I have a wide variety.