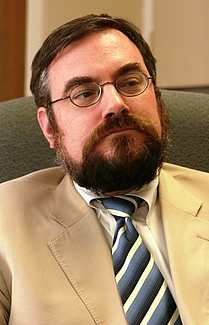 Om migI currently serve as President of a Liberal Arts College in Dubai, UAE. Prior to this I was a University Chief Information Officer at a Saudi Arabian University. I'm originally from the beautiful state of New Hampshire (USA), but I've lived and worked in many places in the USA, as well as Europe and the Middle East. I studied American, European and World History at St. Anselm College and Rutgers University. I finished the Ph.D. in 2008, with a dissertation that compared industrial training approaches in Iran and Saudia Arabia under the auspices of the Anglo-Iranian Oil Company and ARAMCO (respectively). I've taught as an adjunct professor at several institutions, both in History and Educational Technology, while working full time in Information Technology. Since the late 1990s, I have concentrated on the history of technology.

Om mitt bibliotekGrowing more digital every day, this is the working library of a historian and information technology professional. I have uploaded a great deal of the work I did (in the form of reviews) as an undergraduate history student at St. Anselm College in the 1980s and as a graduate student at Rutgers University, first in the 1990s and then later in the 2000s. Much of this material was done on an electric typewriter, sanned, OCR'ed and then loaded to LibraryThing. Some of it made a detour to Zotero, but eventually landed up in LibraryThing. I will also be including material relavant to my IT work and the history of technology more generally, most of which is "born digital." My interests beyond history and IT are quite diverse, so I expect the collection to reflect this.