Om migBooks are Everywhere; And always the same sense of adventure fills us. Second-hand books are wild books, homeless books; they have come together in vast flocks of variegated feather, and have a charm which the domesticated volumes of the Library lack. Besides, in this random miscellaneous company we may rub against some complete stranger who will, with luck, turn into the best friend we have in the world. Virginia Woolf

from Carlos Maria Dominguez's THE HOUSE OF PAPER:
"It is often much harder to get rid of books than it is to acquire them. They stick to us in that pact of need and oblivion we make with them, witnesses to a moment in our lives we will never see again. . . The truth is that in the end, the size of a library does matter. We lay the books out for inspection like a huge exposed brain, offering miserable excuses and feigned modesty. . . There is a moment, however, when we have accumulated so many books that they cross an invisible line, and what was once a sense of pride becomes a burden, because from now on space will always be a problem."

All Leaves Must Fall with Time.....

Watch my back and light my way. Traveling Star James Taylor

It is a man's duty to have books. A Library is not a luxury, but one of the necessities of life. Henry Ward Beecher

For what it’s worth:
It’s Never too late to be
Whoever you want to be.
I hope you live a life
You’re proud of,
And If you find that
You’re not,
I hope you have the
Strength to start over.
F. Scott Fitzgerald

"When I am dead, I hope it may be said, 'His sins were scarlet, but his books were read'." ~ Hilaire Belloc

Go out and work a Miracle today, God's busy. He can't do it all.

We are everything we have ever been.

We are our own work.

" Then out spake brave Horatius,
The Captain of the Gate:
"To every man upon this earth
Death cometh soon or late.
And how can man die better
Than facing fearful odds,
For the ashes of his fathers,
And the temples of his gods"

"I don't read the news. It's bad for my Karma." John Connolly

"Books are good enough in their own way, but they are a mighty bloodless substitute for life." Robert Louis Stevenson.

"If you have a garden and a library, you have everything you need." Marcus Cicero.

"Live right so when it comes your time to die,
you will not be like those whose hearts are filled with
the fear of death, who weep and pray for a little more
time to live their lives over again in a different way.
Sing your death song and die like a hero going home."
-Tecumseh 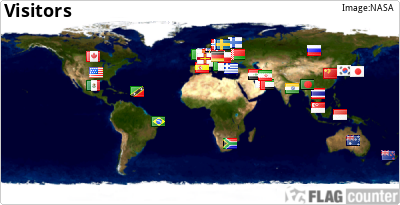 Halfway down the trail to Hell,
In a shady meadow green
Are the Souls of all dead troopers camped,
Near a good old-time canteen.
And this eternal resting place
Is known as Fiddlers' Green.

Marching past, straight through to Hell
The Infantry are seen.
Accompanied by the Engineers,
Artillery and Marines,
For none but the shades of Cavalrymen
Dismount at Fiddlers' Green.

Though some go curving down the trail
To seek a warmer scene.
No trooper ever gets to Hell
Ere he's emptied his canteen.
And so rides back to drink again
With friends at Fiddlers' Green.

And so when man and horse go down
Beneath a saber keen,
Or in a roaring charge of fierce melee
You stop a bullet clean,
And the hostiles come to get your scalp,
Just empty your canteen,
And put your pistol to your head
And go to Fiddlers' Green.

"A little library, growing larger every year, is an honourable part of a man's history." H.W. Beecher

“To be a book-collector is to combine the worst characteristics of a dope fiend with those of a miser.”
Robertson Davies