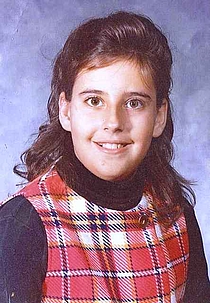 Om migI spent 18 years as a newspaper reporter and editor. I was so sure that journalism was what I wanted to do for the rest of my life that I dropped out of college after one semester in order to go work for my hometown newspaper. Awesome! Which is an excellent reason for not believing any 19-year-old who tells you they know exactly how their future is going to be. :-)

I grabbed in desperation at a job in the study abroad office at the university where I work, and found to my surprise that I loved both the work and the people I had the privilege of working alongside. Awesome! Of course, the only constant is change and we've had our share of turmoil and staff turnover (not so awesome!), but I still find the work rewarding and enough friends remain to make the days bearable.

Besides reading (just about anything except graphic novels), I am learning to knit. Well, to be perfectly honest, I have learned to knit 4 times. I have also forgotten how to knit 3 times. Perhaps this time it will stick ...

I also love music. My most fervent devotion is reserved for Bruce Springsteen, whom I've seen in concert 28 times. I grew up on country music (the real stuff), and I still listen to a lot of really good country and Americana music (I define "good" as "not what you hear on the radio"). If you'd like some suggestions, just ask!

Om mitt bibliotekI have been woefully unmethodical about adding books. I started my LT library by adding textbooks from the last couple of years of college. I've since added a random selection of the books on my shelves as I pull them out to re-read them (or read them for the first time). I catalog books I borrow from the library or from friends in my Read But Unowned collection, and I do not count them in My Library.

Ever since I got my iPad and my Kobo Touch, I've been on an ebook reading binge (most of my reading time is on my commute where the convenience of an e-reader is invaluable). More than 90% of the books I read in 2012 were ebooks, and more than 60% were borrowed from the library. I've gotten very good about limiting the number of paper books I bring into the house, but I cannot lie: I am a sucker for an ebook sale.

= Breathtaking. This book touched me in a way that only a perfect book can do.

= A wonderful read, among my favorites of the year.

= Average, and life is too short to read average works.

= A bit below average. A waste of time.

= Among the worst books I've ever read.