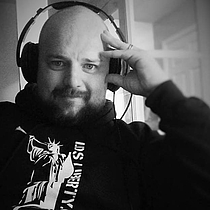 Shiloh earned his B.A. in Philosophy from Brigham Young University with a second major in Geography (with an emphasis in Global Studies) and a minor in Political Science. He is currently active at California State University Bakersfield in coursework leading to a M.A. in History (emphasis in American and Ancient Mediterranean History).

While at BYU, Shiloh was the president of the BYU Freedom Society, a club registered under BYUSA that was dedicated to studying the philosophy of Classical Liberalism and of the American adaptation of the Enlightenment. As president, Shiloh studied and often lectured on the philosophy of natural law, empiricism, rationalism, and free market economics.

Shiloh is the manager of LDS Liberty (www.ldsliberty.org) and co-host of the LDS Liberty podcast. LDS Liberty is a Mormon-based project that explores Christian and Mormon doctrines and principles of liberty within the context of Jesus Christ's atonement.

Shiloh's current interests are directed towards the discovery and efficiency of nonviolence. Shiloh is a co-producer on a documentary that seeks to discover the lost history, philosophy, efficiency, and tactics of nonviolence.