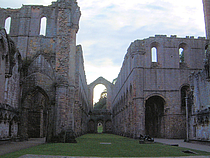 Om migI am abbottthomas. I want to catalogue my music CDs, tapes and LPs as well as film DVDs. I know there are other websites dedicated to these media and I know that some Thingambrarians are fussed by the listing of things that aren't paper and printing, but I can do without Gracenotes and I am convinced by the argument that, if the LoC can list sound recordings, so can we. My book list will remain separate and will include any recordings of speech: music and film will come here. I promise to be scrupulous about media descriptions in square brackets after the titles.

Om mitt bibliotekMostly classical music with an emphasis on opera, some non-specialist jazz, a fair bit of Randy Newman.

I shall enter the composer as 'author' for classical recordings but enter the main artist or group for jazz, pop and recitals or compilations of works of several composers. The 'publication' field will include the record label, manufacturers' number, (usually) date of recording and number of CDs, DVDs or tapes in the set. For compilations of works recorded at different times, the publication date will refer to the date of issue of the compilation with the recording dates, if known, added at the end of the field. Many old recordings have been remastered and reissued - the date of original recording takes precedence. The 'comments' field will include cast lists and other performer information as well as a list of shorter works not included in the title.

For films, the director will assume the author's role apart from filmed plays, operas and the like where the playwright or composer is used. The 'additional author' field may be used if the scriptwriter or composer of sound track music is important. A cast list and other notable data will be put in 'public comments'.

If anyone has worked out a better way of arranging the data I should be glad to share it.