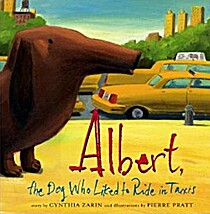 Om migContinuing to read the books in my 'stacks' - or not, as the case may be. Spreading the wealth by giving some books away to family and friends. Sending a lot of 'space-takers' that I thought I had to have - since they only cost a quarter - directly to the Goodwill. Also sending many that I've read and will never look at again. I read an article several years ago by someone who went through the same process, and thought, no, I'd never do that. Never get rid of any books. But now that I look at my shelves and see that more and more of the books lining them are those I really value, I understand.

Of course, now that I've been away from thrift store shopping for a year, I'm itching to get back to it and scour their shelves for interesting finds...

The Skeleton in the Grass (Felony & Mayhem Mysteries) by Robert Barnard
Bury Your Dead: A Chief Inspector Gamache Novel by Louise Penny (Chief Inspector Armand Gamache 6) - If I could find it!

SOME of the BOOKS READ IN 2018
9. The ABC Murders (Hercule Poirot #12) by Agatha Christie
10. The Hand of Mary Constable (Alexander Hero #2) by Paul Gallico (An old favorite I decided to read again. Still a favorite!)
13. I Knew a Phoenix: Sketches for an Autobiography by May Sarton (This may be what I consider her best book.)
14. Rebel Talent: Why It Pays to Break the Rules at Work and in Life by Francesca Gino
15. Plant Dreaming Deep by May Sarton (Another favorite. Not as 'name-droppy' as a lot of her journals.
17. Orchestrated Death (Bill Slider #1)(Felony & Mayhem Mysteries) by Cynthia Harrod-Eagles (Enjoyed this a lot and am actively looking for more in the Slider series.)
22. The Danger Tree: Memory, War and the Search for a Family's Past by David Macfarlane
27. Under a Flaming Sky: The Great Hinckley Firestorm of 1894 by Daniel James Brown
30. The Floor of the Sky by Pamela Carter Joern (Started - and finished - this book yesterday. The ending was too abrupt, but overall I enjoyed this one very much.)
32. The Curlew's Cry by Mildred Walker (This started slowly, but became more interesting as it went along - and now at the end, I see that beginning was necessary.)
35. Montana 1948: A Novel by Larry Watson (A quick read, but no complaints - just the right length.)
39. The Flyers: In Search of Wilbur and Orville Wright by Noah Adams
43. The Muse Asylum by David Czuchlewski (Terrible cover, but a great story.)
46. Piano Lessons: Music, Love, and True Adventures by Noah Adams (The second of two books by Adams that I've had forever and just now got around to reading. I should done so sooner - enjoyed both of them a lot.)
47. Robbing Banks: An American History, 1831-1999 by L. R. Kirchner
49. Driving Mr. Albert: A Trip Across America with Einstein's Brain by Michael Paterniti (Overlong, slow. Could have been a really great medium length article. I finally skipped to the end just to be done with this.)

SOME of the BOOKS READ IN 2017
1. Snow Island: A Novel by Katherine Towler (I can only hope that every book I read this year turns out to be as engaging and enjoyable as this one.)
2. I Will Be Cleopatra: An Actress's Journey by Zoe Caldwell (A pleasant surprise. Informal and engaging. And I learned a lot about theater and repertory companies.)
3. The Nixon White House Redecoration and Acquisition Program: An Illustrated History by Patrick Phillips-Schrock (October 2016 Early Reviewer) (Reviewed)
4. Lost Horizon by James Hilton (Another book that's been sitting on the shelf unread for years. I should have read it sooner. Liked it a lot!)
10. Death's Darkest Face by Julian Symons
13. One's Company: Reflections on Living Alone by Barbara Holland (I started out liking this a lot. But the more I read, the more I realized that I enjoy living alone a lot more than Barbara Holland does, and the amateur psychology annoyed me. Finished, but not a keeper.)
15. Still Life with Chickens: Starting Over in a House by the Sea by Catherine Goldhammer (This has been sitting on the shelf for years, but there was always something else to read first. Finally got around to it, and enjoyed it - a lot!)
20. Philosophy Made Simple, A Novel by Robert Hellenga (Liked this a lot, but ending sort of petered out.)
26. The Wood Beyond (Dalziel and Pascoe #15) by Reginald Hill (I swore off D&P last year after three successively disappointing books, but this one caught my eye because of the World War I angle, and I liked it a lot, probably because it seemed to delve more into the personal lives of the characters.)
27. Polk: The Man Who Transformed the Presidency and America by Walter R. Borneman (I got bogged down in some of the presidential politics, but overall, this was an interesting look at not just Polk, but a lot of his contemporaries.)
30. Death and the Dutch Uncle (Inspector Henry Tibbett #9) by Patricia Moyes (A re-read of a book I just ran across on the shelves. I don't remember anything about the plot, so it's almost like reading a new book.)(Hate to say it, but this was disappointing - talky and convoluted.)
31. Dead Water: A Shetland Mystery (Shetland Island Mysteries #5) by Ann Cleeves (Liked this Cleeves book - as always. Must find book #3!)
37. A Very Long Engagement by Sebastien Japrisot (Wonderful. I will read this one again.)
38. Stalin's Daughter: The Extraordinary and Tumultuous Life of Svetlana Alliluyeva by Rosemary Sullivan (The early years when Stalin was still alive were fascinating to read, but her personal life after Stalin's death wasn't nearly as interesting. Did not finish.)

SOME of the BOOKS READ IN 2016
11. Stones for Ibarra by Harriet Doerr (Lovely prose. I should have read this book as soon as I got it, instead of letting it sit on the shelf all these years.)
18. The Most Beautiful House in the World by Witold Rybczynski (Finally read this gem of a book that's been sitting on a bookshelf for too many years.)
19. The Dogs of Babel: A Novel by Carolyn Parkhurst (I almost passed on this book because I had doubts that I'd like it... I was wrong. Loved it!)
39. Funerals Are Fatal (Hercule Poirot #29) by Agatha Christie (One of my favorite books by one of my favorite authors. Read it a dozen times at least, and in the last couple of days, once again. 'Comfort food' for the reader.)
43. Pack of Two: The Intricate Bond Between People and Dogs by Caroline Knapp (I've had dogs all my life, and never once gone to a training class, an obedience class, or play group, and nonetheless, I think we did great. This book is good in places, but you've got to slog through all the amateur psychology to find them. Finished the book. Deleted the book. I'm sure someone at the Goodwill will grab it, just like I did.)
52. Marching Through Georgia: My Walk Along Sherman's Route by Jerry Ellis (Silly me. I was expecting a little (a lot?) more about Sherman, and a lot less about Mr. Ellis's desires to have sex with his girlfriend. I did enjoy many of the people he met on his journey, but the constant 'if you're not a Southerner, you probably won't get this' got old real quick.)
53. Not That Sort of Girl by Mary Wesley (Just my sort of book! Thank you to the Bookmooch member who sent it to me out of the blue - for no points - and then gave me some more points, to boot!)
56. A Shower of Summer Days by May Sarton (I had been thinking to read this book, then discard it, but was pleasantly surprised at how much I enjoyed it. Definitely a keeper.)
62. The Last Billable Hour by Susan Wolfe (Very surprised at how much I liked this book. Breezy and fun. And a murder. Kind of strange that Susan Wolfe won the Edgar for best first novel of 1989 - and never wrote a second?)
66. The Spy's Wife by Reginald Hill (Every time I read one of Hill's one-off books, I'm reminded again of how much I prefer them to his better-known D&P series. This was a lot more fun than I was expecting. Good reading.)
75. Disorderly Elements by Bob Cook (Hate the cover, but LOVED the book! Reviewed.)
* * * *