Returning for another year of 'great expectations' and determined endurance.

Last year, goal to actual ratio was 15:10. Five were left hanging but at least two of them had been started. The other three tack onto this year's list of hopefuls.

MAY2020 (1)
×The Collected Works of Saint Teresa of Avila, (1515-1582) Volume Two: The Way of Perfection (1577), Meditations on the Song of Songs (?), The Interior Castle (1588) = paperback, 554p.
ICS Publications/Institute for Carmelite Studies, Washington DC, translated by Otilio Rodriguez and Kieran Kavanaugh (both are Order of Carmelites, Discalced), published 1980

Here is a cut/paste of accumulated ideas for this year from my 2019 thread:

I was happy to move four off of my old lightbulb list, with ten completed.

The Arabian Nights (The Thousand and One Nights)

This is a spot for me to add or delete books of interest (lightbulbs!) that might qualify for this group. Some are CanLit, some 1001btrbyd, some miscellaneous classics that deserve a peek.

First book of the year was an accident. I started it last August and stalled on chapter 15. Faulkner is not the easiest source material to digest, with his Deep South sensibilities, but his writing style is pure poetry. I get absorbed in the beautiful language and the lolling pace with its incessant repetition, and then need to backtrack because some jarring circumstance occurs that I completely glazed over. Wait, what? Somebody died?! When did that happen? Most frustrating. Chapters 16 to 21 flew by. It became my second favourite Faulkner novel, behind Intruder in the Dust. The 'n' word will never get easier, just have to push that rising bile back down.

Light in August was not even on the BFB radar for last year, since it was under 600 pages. It's a nice reward for finally finishing the novel, to have it qualify for this group unexpectedly.

War and Peace was also started last year, but might take another few months to face the final chapter. Napoleonic wars are not really my forte. But the writing is exquisite.

Hi Francine my dear, hope you have a good year on here.

>6 johnsimpson: Thank you, John. So far so good. Lots of variety, shuffling, potential.

"Herman Melville (1819-91) brought as much genius to the smaller-scale literary forms as he did to the full-blown novel: his poems and the short stories and novellas collected in this volume reveal a deftness and a delicacy of touch that is in some ways even more impressive than the massive, tectonic passions of Moby-Dick. In a story like "Bartleby, the Scrivener" -- one of the very few perfect representatives of the form in the English language -- he displayed an unflinching precision and insight and empathy in his depiction of the drastically alienated inner life of the title character. In "Benito Cereno," he addressed the great racial dilemmas of the nineteenth century with a profound, almost surreal imaginative clarity. And in Billy, Budd, Sailor, the masterpiece of his last years, he fused the knowledge and craft gained from a lifetime's magnificent work into a pure, stark, flawlessly composed tale of innocence betrayed and destroyed. Melville is justly honored for the epic sweep of his mind, but his lyricism, his skill in rendering the minute, the particular, the local, was equally sublime." (per Chapters/Indigo online description)

This will be another surprise entry along the way. The Complete Shorter Fiction of Herman Melville rings in at 528p. (Knopf hardcover) and features an intro by John Updike (1997). I have read Bartleby previously and it will be a pleasure to revisit it here.

I will continue to immerse myself in J. Sheridan Le Fanu's collection of novels/novellas/short stories/poetry/memoir, but I am unsure which will qualify for this group. They will be assessed as I progress, as several have an awful lot of chapters but I'm unsure how that translates into pages. I am keeping track in the Gothic Literature Group, the Le Fanu 200th Birthday thread, for simplicity, so as not to duplicate details. 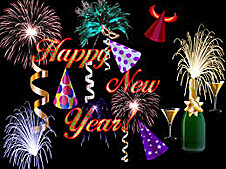